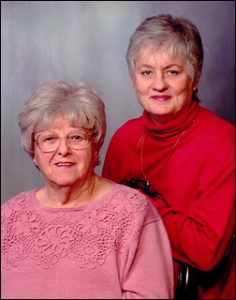 My business was thriving, but my Mom was failing. She was living in Georgetown, Kentucky, and I needed to move home to care for her. Moving my business from a metropolitan, fast –paced, progressive, rich area to a small rural town in the heart of KY was going to be a challenge. I knew that the move was necessary, and I wanted to care for my Mom but knew intuitively that this would be hard on my business and, yes, even me.

In May of 2000, I moved from a cape-cod three bedroom three story home on a 10 acre gorgeous piece of land to Mom’s basement on Broadway St. in Georgetown, Kentucky. I stored all my furniture and started a new life caring for Mom and attempting to run the business as usual. This was not to be, as my business started to fail and while I made very little money as Kentuckians are not as fast-paced or as rich as people living in the shadow of Washington, DC.

I was depressed. Caring for Mom was not strenuous as she was able to cook and garden and dress on her own. She also had a fabulous attitude which made life more manageable, but my business was getting worse by the week. I could not seem to arouse any interest in my skills with businesses or individuals. I had to go into my savings, and that was truly painful. During the disappointment of my failing business I also had to face the fact that Mom was declining more each year. I carried on but was grieving in two areas of my life-my business and my mom.

One interesting thing happened in Mom’s life that so touched me. Two women from my church started visiting her and took a genuine interest in her. When they visited it wasn’t for 15 -30 minutes but for 3-4 hours. They loved her! She actually responded to them, and their relationship blossomed. In July, just a month before she died, they asked her if she had prayed the prayer of salvation. She prayed with them and asked the Lord to come into her life. I was ecstatic! I had tried for years to share with her my life with the Lord, but she would not hear of it. But she responded to them and to the Lord.

In August of 2005, she quit eating, and the doctor said that because of her diabetes, she was experiencing kidney failure. She was told that she had 4-6 weeks to live. She did something very odd. She returned home, turned off the TV, which was on day and night during the whole time I lived with her, sat on her porch and enjoyed her flowers. She didn’t say much but she entertained people as they came by to say goodbye. As I watched her decline, something happened in our relationship. Mom and I had never been close. She was of the era that didn’t express her thoughts or emotions. I could never get her to let me in to hear her heart. She remained independent. Oh, she let me take her to the doctor or Walmart or the bank, but she was determined not to allow me to really serve her or take care of her emotionally.

The first two weeks of the period when she declined to eat she was the life of the party. Whoever came to visit was regaled with her life stories and entertainment every minute. But the last two weeks of her life, she couldn’t do anything. She couldn’t walk, couldn’t go by herself to the bathroom, and her bodily functions began to fail. Because she became so dependent during this time, I grew to love her. I had to turn her every day and night every two hours. She had broken her back many years before, and she was always in pain. Every time I turned her she would cry out in pain. At that time she lost her ability to talk so all she could do was mumble and cry out. This did something in my spirit. She was now dependent on me for the first time in her life, and I fell in love with my mom. I can’t say that I understand what happened in my heart, but I enjoyed every minute of taking care of her and felt needed and valuable. On August 21, a Sunday, I was in the living room just singing to the Lord, and I felt He told me to check on my mom. She was moving her mouth in a strange way and something told me she was dying. I crawled up in the bed and put my arms around her. A few minutes later she just breathed out a soft breath and passed away.

Since I had lived with her for five years, I had plenty of time to plan her funeral. You should have seen it. The funeral director said that in all of his career he had never seen such a funeral. We invited 100 people and 250 people showed up. What a celebration!

I decided to have the viewing first with the funeral to follow directly after. I told the audience that I wanted to honor two people in my life, the Lord and my mom. I said that the only way that I could honor the Lord was to show His “nature” which translated into a slide show of pictures of all the 46 states and Europe that I had visited as a result of my work. So I accompanied the pictures with the song from Philips, Craig and Dean “How Great You Are”. I followed that with a slide show of pictures of Mom with Celine Deon’s “Because You Loved Me” playing in the background.

I decorated her casket with several of Mom’s hand-made quilts. I also displayed her stenciled furniture, her paintings, her caned chair, her hand-made dried flower arrangements and her two hand-woven rugs. People were mesmerized. The funeral director said that people just didn’t want to leave, for they were so taken aback with Mom’s gifting and abilities.

What the crowd didn’t know was that both Mom and I had been given up for adoption, and the place that she spent her early life was the very place that she got me, the Louisville Jefferson Children’s Home.

After the funeral was over, about 35 people came up to me and said that because the funeral building was so full of people they had not been able see the slides and requested that I repeat the slides and music. What a great experience honoring her before the whole community. That was a funeral many people will remember. In fact, two years later, someone from the hospice who had helped me with Mom during her last few weeks came up to me and said that they still talk about Mom’s funeral.

I have had so many older friends mention to me that they hope that they are never a burden to their kids in their later years. I react quite strongly to that as that kind of attitude is so opposite to what the Lord would have us feel. Of course, no one WANTS to have their kids to take care of them, we all want to just die quietly in our beds, but that is not always the case, and my advice to older folk who might have to face that someday is this. You are not a burden, and if it happens that your kids need to care for you, you can rest assured that the Lord has it all planned in advance to help your children grow up and return the love you lavished upon them for 30 or 40 or 50 years!

“But if a widow has children or grandchildren, these should learn first of all to put their religion into practice by caring for their own family and so repaying their parents and grandparents, for this is pleasing to God.” —I Timothy 5:4