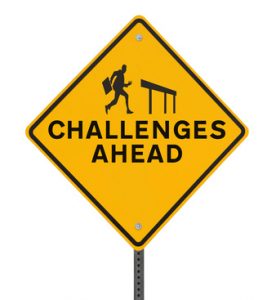 “And we know that in all things God works for the good of those who love him, who have been called according to his purpose.”
—Romans 8:28 (NIV)

By the summer of 1990, I had been working with a small computer company in Rockville, Maryland, for a number of months. Their home office was located in San Jose, California, so the idea struck me to call. I contacted the headquarters, and the company was interested in my services. Finally, I was asked to come out in August and was offered transportation, food and lodging, and two days of work. (My corporate program is one day for up to ten participants). I was happy to be traveling to California and immediately began to conjure up other possibilities to dovetail with that trip.

I wasted no time in contacting churches and individuals in the area. It was a perfect setup. I explained that because I would already be out there, they wouldn’t incur the expense of my airfare. I could give seminars at churches and work on an individual basis. People were delighted, and everybody said yes. As a result, I got about two to three weeks’ worth of work. Commitments were made, clients were excited, and I was eagerly awaiting this bundle of opportunities. I was especially glad to be able to put together a package that would save everyone money.

Another plus was that for a long time, I’d wanted to attend a seminar in California given by Florence Littauer. It was called CLASS (Christian Leaders, Authors and Speakers Services), and she gave it about three times a year. The timing coincided perfectly with my itinerary. I looked forward to this added bonus in scheduling, and I made my reservations for the class. August was going to be a great month.

July arrived, and I headed out to Spring Canyon, the Officers’ Christian Fellowship retreat center in the Colorado Rockies. This pristine setting, with its mountain peaks, evergreens, and ice-cold brooks, is always a highlight of my summer. Military families gather here for rest and refreshment, and I was glad to be among them again this year.

One evening, just twenty minutes before I was to speak on “Walking by Faith,” I received a phone call. I was completely unprepared for what I would hear. Steve, from the computer company, broke the news to me.

“Sue,” he said, “I’m really sorry about this. But our company is having a lot of financial trouble right now, and I’m going to have to cancel your work out here. We can’t hire you, and we can’t pay for your plane ticket.” I was shocked. I’ve had cancellations before — I expect them. But this was one I didn’t expect, and it caught me off guard. And I didn’t expect the hurt it would bring. I fought back the tears as my mind and heart reeled. What was happening? Why this? It had seemed so perfect. What about all those other commitments, Lord? Was I hearing you right? That’s a lot of work for me. I’ve been so excited about this. It all fit together so perfectly. How can this be happening? With no plane ticket, what in the world can I do?

I hung up the phone and wept quietly. Here I had another ten minutes to go, and I was supposed to give a talk on walking by faith. My spirit was vulnerable and tender. I was disappointed, confused, almost in a fog. But I knew that God was in control, so I dried my eyes and walked into the meeting room.

As I began to speak, I shared with the group the events of the last few minutes. It was humbling, and I felt that the Lord was testing me. And as he so often does, the Lord provided a cushion of love and concern in these dear people. There were about ten or fifteen couples present, and together, they prayed for me. I went on and gave my talk, trusting that somehow this “walk by faith” would all work out.

I knew that the Lord was saying one of two things: either I was to cancel everything and not lose any money, or I was to go on and keep my commitments but pay for my airfare. I wouldn’t get the work with the corporation, but I would get to work with the churches. That would pay for the CLASS seminar. The bottom line was that I’d go to California, work for three weeks, and come back two hundred dollars poorer than when I left.

An option that didn’t occur to me was that God wanted me to go but had another way to get me there. I didn’t consider that, because there was no way I could see it happening. No church is going to pay $450 for a plane ticket at the last minute, when that wasn’t a part of the financial agreement.

As I shared during the week with this group at Spring Canyon, and as they prayed for me, one of the women from Kansas said, “Sue, maybe the Lord would have you go but wants to provide another way.”

“Well,” I reasoned, “that’s hard to believe, because these groups aren’t going to pay for my airfare, and I can’t imagine who else would.” That’s how our conversation ended.

About three days later, toward the end of the week, a Navy commander walked up to me and asked, “Sue, have you decided what you’re going to do?”

“To tell you the truth,” I answered, “I really feel that the Lord wants me to keep my commitments. I think I should make this trip, work with the churches and individuals, and just take the loss of income.”

He responded, “Listen, Sue, I’ve been praying and thinking, and I think I can hire you. Since the doors closed for you to work with that corporation, why don’t you just come on down to the San Diego Naval Air Station and work with my employees? I’m sure we can pay for your airfare.”

And that’s just the way it worked out. I went to California, kept all of my commitments, went to the seminar, and ended up working at the San Diego Naval Air Station. It was an exciting time. Not only did I work the two days he had promised, but when I got there and began to work, additional people saw what I was doing. They continued to hire me, over and over again. I ended up working six full days at the San Diego Naval Air Station.

A walk by faith means exactly that. We can’t see every step of the way, nor are we supposed to. But, our God is totally in control of our circumstances, and he gives us opportunities to trust him or not, to believe him or not, to grow or not. There’s almost always some fear and trepidation as we step out into the unknown. But our heavenly Father is abiding there to coach us, to catch us, and to give us a great big hug when we arrive in his arms, safely in his will. He’s just full of surprises!

“Now to him who is able to do immeasurably more than all we ask or imagine, according to his power that is at work within us, to him be glory in the church and in Christ Jesus throughout all generations, for ever and ever! Amen.”
—Ephesians 3:20-21 (NIV)