Smiley straightened the tablecloth and inspected it again. Once more she rearranged the brand-new quilt, as much out of nervous excitement as anything else. Today was the big 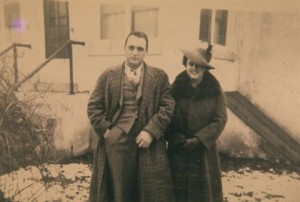 day, and Smiley could hardly bear the anticipation. In less than an hour, her joyful expectancy would finally be reality, and her life would be gloriously invaded with the coos and gurgles of a tiny baby girl. Sue Mason, the social worker, had promised to be there by ten, and the hands on the clock seemed to move like molasses, begrudging every tick.

The last eight months had been a busy time of preparation. Smiley had taken some of her own clothes and cut them up to make baby garments. She had smocked little dresses and made tiny sleepers, crocheted booties, and quilted blankets. A nursery was readied and furnished, reflecting the anticipation of a new life coming to stay. It was a joy preparing for this little bundle, and the day had finally arrived when baby Sue would be coming home. Where was the car, and why was the clock moving so slowly?

Smiley reflected on all the events that had brought her to this point in life. Who would have thought that today would bring back so many childhood memories? Smiley knew about rejection, all right. She shuddered as the memories returned. The year was 1912, and far away in rural Kentucky, tiny Margaret Louise, as she was called then, entered the world. Before she was even a year old, her father became ill and died. Shortly thereafter, her mother, Cora, married William Smiley. Life was good during those early years, and William Smiley adopted little Margaret.

When Margaret was twelve years old, her mother entered the hospital for what was to be a “simple” operation. Sadly, Cora never recovered from the surgery, and she died in the hospital, leaving little Margaret, now nicknamed “Smiley,” without a mother. As difficult as the death of her mother was, the worst shock was yet to come for Smiley.

Still reeling from her tremendous loss, she was quickly given away by her adoptive father. Overwhelmed by the task of raising a little girl alone, he whisked her off to new surroundings, and she suddenly found herself in the care of the Louisville Jefferson County Children’s Home. Smiley entered this new life reluctantly, struggling with painful feelings of loneliness and abandonment. She could hardly grasp the turn of events, so much had happened so quickly. In just a few weeks, her whole life had been turned upside down.

Yes, Smiley knew all too well about abandonment and being left to the care of an “agency.” If she had anything to do with it, this new little arrival, with her “special needs” and all, would have a loving, nurturing home. Smiley would see to that.

While she was pacing the floor and refolding the stack of diapers, Smiley saw the dust rise in the driveway as Sue Mason’s car rounded the bend. Today was the day, and the baby she and Frazier McMillin had longed for was finally here. Was it only eight months ago that she had run into Elizabeth Broker in the park? Elizabeth — what a dear lady! Smiley remembered the many times Elizabeth had appeared in her life. Sometimes Smiley felt that Elizabeth was her own special angel. Smiley remembered the first time she saw Elizabeth at the Louisville Jefferson County Children’s Home.

At the time, young Smiley could hardly believe that within just a few weeks, she had lost both her mother and her father and had wound up in an orphanage. Oh sure, they called it a home, and home it would have to be. But who would ever be a mother to her? And where would she find a heart like Cora Smiley’s?

It wasn’t long before some of her questions were answered in a warm, nurturing lady named Elizabeth Broker. Elizabeth worked at the children’s home and had a heart as big as all outdoors. She felt the pain that this budding young girl was suffering, and as gently as an angel, Elizabeth took Smiley under her wing, nurturing and caring for her as she adjusted to her new way of life.

Later, when Smiley left the home and enrolled in college, Elizabeth welcomed her back as a part-time employee, giving her work to do and a paycheck to help with her expenses. Elizabeth seemed to have a knack for giving her charges enough love to feel secure and enough freedom to feel independent. Smiley knew that she would always be welcome at the home.

And there was the time just eight months ago when Smiley “happened” to encounter Elizabeth again. Years had passed, and Smiley was married to Frazier McMillin. After some years of military service, various jobs, and a number of moves, Frazier and Smiley had begun to put down roots. Oh, how they’d wanted a family! But the babies never came. And so it was that Elizabeth spoke with Smiley that day.

After exchanging pleasantries, the older woman spoke. “When are you and Frazier going to adopt?” was her straightforward question.

Smiley replied, “Well, we’re thinking about it. We’ve discussed it, and maybe this is a good time to talk with you. It does look as if we won’t be able to have children of our own, and you know how much we want them. Adopting is a big step to take, but I think we’re ready. And it would be such a joy to have a little baby around the house.”

“Oh, Smiley, I know you should adopt,” Elizabeth encouraged. “It’s a good idea. You and Frazier would be wonderful parents, and some little child would be very lucky indeed to have you. Tell me, do you want a pretty child with average intelligence or a very intelligent child with average looks?”

“I want a child that’s like me,” Smiley quietly responded.

“Good,” Elizabeth replied. “There are 200 people on the list waiting to adopt, you realize. But I know you; I’ve watched you grow up. And because of your response, I’m going to put you at the top of the list. You and Frazier are just the kind of parents we’re looking for.”

As a result, Frazier and Smiley McMillin only had to wait eight months until a little baby entered their lives. But this would be no normal baby. With baby Sue, there would be challenges they had never dreamed of, for she had a very special set of needs. 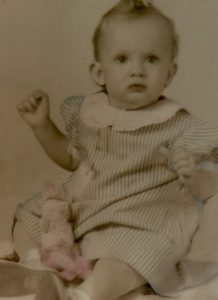 There couldn’t have been more excitement if someone had rolled all of Smiley’s Easters, Christmases, and birthdays into the same day. Now Sue Mason was at the door, and in her arms was a pillow holding the tiniest of creatures. Sue — the name chosen by Frazier and Smiley — looked more like a toy doll than an eight-month-old infant. How fragile she was! And what a little survivor!

Elizabeth Broker had warned them about this diminutive baby. “Little” was a kind word for this poor, gaunt infant. The story had begun with heartbreak, and it had deteriorated as time had passed: a mother who had chosen a husband over a child; a baby, given up in the delivery room and sent to foster care; a foster mother who took full advantage of the “system,” as well as the money intended for food and nurturing.

In the end, eleven neglected children were rescued from this stark situation, the least of which was an emaciated eight-month-old girl who weighed a mere ten pounds. Not only was she near starvation, but she was also emotionally starved. The caresses and cuddles that babies normally experience were virtually unknown to the miniature waif. Her prognosis was unsure, and no one could predict the long-term effects of her grim beginnings. There were just no guarantees that little Sue would ever grow up to be “normal.” Predictions of retardation were whispered, but no one knew for certain just what lay ahead. Undaunted by the challenge and unchallenged by those who advised otherwise, Frazier and Smiley McMillin welcomed the fragile little bundle — delivered on a pillow so she wouldn’t bruise — into their home and hearts. What bliss, and what a day for celebration!

With no time to waste, Smiley set about putting things right. She made it her purpose in life to put some weight on little Sue, concocting “milkshakes” out of eggs, chocolate, butter, milk, cream, cheese, potatoes — every nourishing thing she could think of. It wasn’t nearly as easy as she had expected; months of starvation had deprived the baby not only of nutrition but also of the desire and the ability to eat. The first time Frazier and Smiley tried to feed her, it took seventeen tries before she swallowed anything. It was a full-time job just to get some nourishment into her little body.

But Smiley was committed. From the blender to the bottle to the baby, the food was delivered with cuddles, lullabies, and the warmth of a mother’s arms. This young wife had as much fervor as any lioness protecting her cub, and Sue began to grow. Slowly, gradually, she gained weight. Each day she made progress, and Smiley began to settle comfortably into her new role as parent.

Isn’t it a wonder, Smiley thought, that things should come such full circle? When I was an orphan, she said to herself, who knew that I would someday have the chance to reclaim the life of another child “discarded” by others. I don’t know where this will lead; I only know that my empty arms are now full and that I vow with all my heart to give the best I can to you, little Sue. We have a long way to go, but your daddy and you and I will make it together.